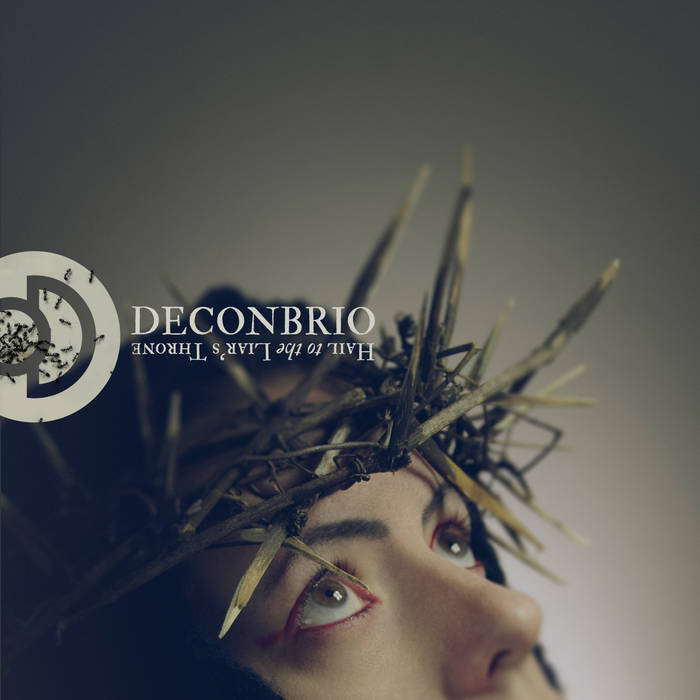 Now available in an "Extended Edition", American industrial-rock sensation DECONBRIO’s stunning “Hail To The Liar’s Throne” is their latest and first full-length since 2012’s acclaimed “Voyeur” - a quintessentially American-sounding album-of-the-moment which angrily screams “F**k Everything” across its entirety….

Whilst almost guaranteed to appeal to fans of the existing electro/rock fusion acts signed to DWA such as RAVE THE REQVIEM or TERROLOKAUST, DECONBRIO both augment this current roster of distinctly European-sounding acts and provide a welcome contrast with their definitively American take on the industrial rock genre.

As perhaps suggested by the brutally brilliant production quality of their self-released 2014 EP “The Art Of Violation: Part I”, DECONBRIO have with “Hail To The Liar’s Throne” been working towards what could turn out to be their career-defining record…and the end-result is an unrelenting album’s worth of material - aggressive, sexy and gritty from start to finish.

The 6 bonus tracks added for 2018 comprise 5 previously unreleased remixes from labelmates SERAPHIM SYSTEM and RUINIZER, Metropolis Records PANIC LIFT, an incredible chiptune remix by Doc Isaac and one from Deconbrio's own bassist Kevin Humler - plus the remix of the album title track by GIANT MONSTERS ON THE HORIZON previously available only on the 2016 DWA compilation "Album Of The Year".

For those of you who favour physical editions, these 6 tracks are also compiled on the CD2 "Secrets & Monsters" of the "Hail To The Liar's Throne (2CD Limited Edition)" being released June 29th and which is available for preorder NOW (includes immediate free download of the Extended Edition)..!

Deconbrio is an Industrial Rock band from Knoxville, TN - headed by frontman Danny Rendo. Dubbing their style of music as "Aural Sex", the sound of Deconbrio combines elements of Industrial, Metal, and EBM to create a delicious sound that grabs the listeners' attention and refuses to let go. ... more

Bandcamp Daily  your guide to the world of Bandcamp